Alfred the Great and the Vikings: new evidence from the London Monogram coinage

Coinage is a vital historical source for understanding the history of early medieval Britain. It can be studied from a range of different perspectives to tease out historical details - the design of coins and the names of moneyers betray cultural influences; the location of mints can help to define territories; the symbols on coinage depict a language of power. As part of the ERC project, we are analysing early medieval coins from an altogether new perspective, that of the metal alloy itself. This, we hope, will reveal likely sources of silver, casting new light on the wealth of Anglo-Saxon England.

The coin shown below was issued by Alfred the Great, King of Wessex (ruled 871-99 AD) and is known as a ‘London monogram’ type because it depicts a monogram of the name LVNDONIA (London). On the other side, Alfred is depicted as a Roman emperor, with his name and title EL FR ED REX appearing on either side of his portrait.  Modest? No, but Alfred was following long-established precedent in linking his authority to a Roman Imperial past.

The London monogram coinage was a celebratory issue, marking Alfred’s newly won control over the city of London in the early 880s (whether this control was won from the Vikings, or the Mercian King Ceolwulf, who mysteriously disappeared in 879 is debated, but the latter is more likely).  Control over the city was important, not only because it enabled access to its valuable port, but because London was a frontier town, located close to the ‘border’ between Anglo-Saxon England and the Danelaw. It was thus a critical defensive stronghold against Viking incursions.

Earlier this year, we had a chance to capture lead isotope and trace element data for a London Monogram coin as part of a broader analysis of Anglo-Saxon and Anglo-Viking coins held in the collections of the British Museum (some of the coins, sitting neatly edgeways in their tray, are shown below - the small bits of silver in the blu-tack are our standards).

The results were intriguing. While most of the Anglo-Saxon and Anglo-Viking coinages clustered in two distinct lead isotope groups, the London Monogram coinage was an outlier. Various interpretations are possible, but it seems that, unlike other Anglo-Saxon coins we analysed, it was made with silver from a mix of sources, including Islamic dirham silver.

Whether this silver was in the form of actual dirhams, which circulated freely as bullion within the Danelaw, Scandinavian rings and ingots, which had themselves been made from Islamic silver, or Anglo-Viking coins minted in the Danelaw is an open question - either, or all, are possible. Whatever the case, the results show that for all we think of the Vikings taking silver out of England, they also bought it in. There is a pleasing irony here that Alfred’s London Monogram type, minted to ceremoniously record his authority over a Danelaw frontier town, is made, in part, from Viking wealth.

New project: 'Silver and the Origins of the Viking Age'

We are aiming to re-evaluate where, when and why the Viking Age began, through an interdisciplinary analysis of Viking silver. We are conducting lead isotope and trace element analysis of hundreds of Viking artefacts, enabling us to answer questions such as: where did the Vikings get their silver from? When did silver first reach Scandinavia and why was it so highly valued?

Full details of the project: its aims, scope and methods, can be found here.

We have hit the ground running and already have lots of analyses under our belt. I will continue to use this blog to highlight our work. 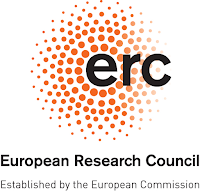 Posted by Jane Kershaw at 01:42 No comments: